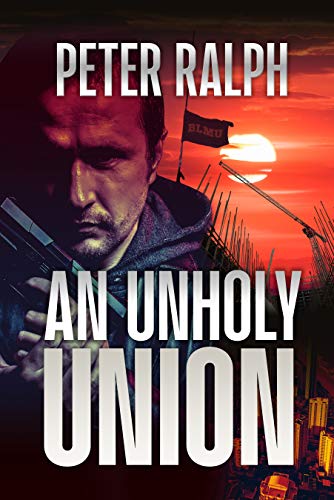 With the Las Vegas mob snapping at his heels, young builder Luke Cramer fearing for the safety of his wife and baby son heads to Australia’s Gold Coast.

After getting a lucky break, Luke starts his own building business, and within a few years, is a millionaire. However, the lawless and violent Builders Laborers and Mining Union (BLMU) want their cut, and there’s nothing they won’t do to get it.

Complaining to the police doesn’t help because they’re in the union’s pocket. Desperate, Luke returns to the U.S. and recruits his best friend and hitman, Joe “Ratsy” Ratsch, to level the playing field.

When the union appoints a powerful new leader with murder on his agenda, he ratchets up the stakes.

Luke can fight, or he can run …

This smart and suspenseful crime drama features an action-filled storyline, along with a nuanced exploration of how life choices impact personal and professional relationships.
While Ralph’s prose style has moments of dryness, dialogue is varied and the fluctuation between perspectives is well executed.
The novel delves into the psychology of crime lords, victims, and unexpected heroes with candor, allowing Ralph’s work to stand out from the crowded genre.
Ralph’s novel features a wide cast of relatable, working-class individuals with unique voices, whose stories ultimately create a powerful, cohesive whole.

AN UNHOLY UNION spans from 1978 to 2017 and is several stories well blended into one tense thriller. Peter’s writing style is rich in atmosphere – capturing the various languages and lingo of the different characters from different climes.For the large audience that thrives on crime stories from such authors as Grisham, King, Patterson etc, welcome a major figure into that echelon. Excellent story, well written and guaranteed to tempt you into following his output …